Don't Look Back Terror Is Never Far Behind 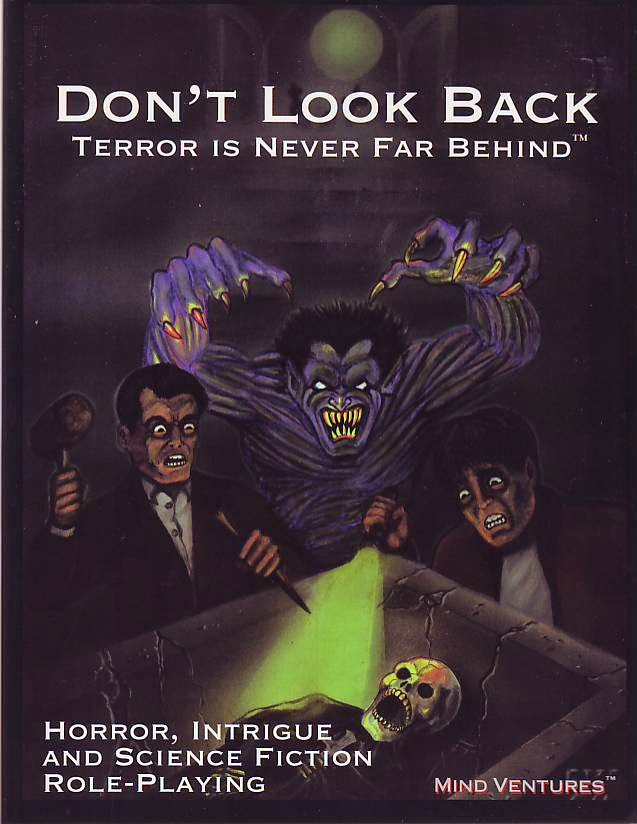 "The game world is like the real world but elements of it are both sinister and fantastic. Imagine a world where vampires prowl the night, satanic cults conduct human sacrifices and mad scientists plot to enslave mankind. This is the world of Don't Look Back.

Don't Look Back is a roleplaying game for two or more players age 14 and above. This book contains everything needed for play except three six-sided dice. Sample characters and adventures are included so play can begin almost immediately. This book includes rules for creating your own characters and adventures. Players can take the roles of many different types of characters from occult investigators tracking down a creature of the night to normal college students who happen to see something they shouldn't.

The game mechanics are logical and intuitive. Most players can learn the rules in a matter of minutes. The game world can accommodate virtually any type of horror setting from movies or fiction."
Posted by Wymarc at 1:39 AM