D20 The Mask of Death 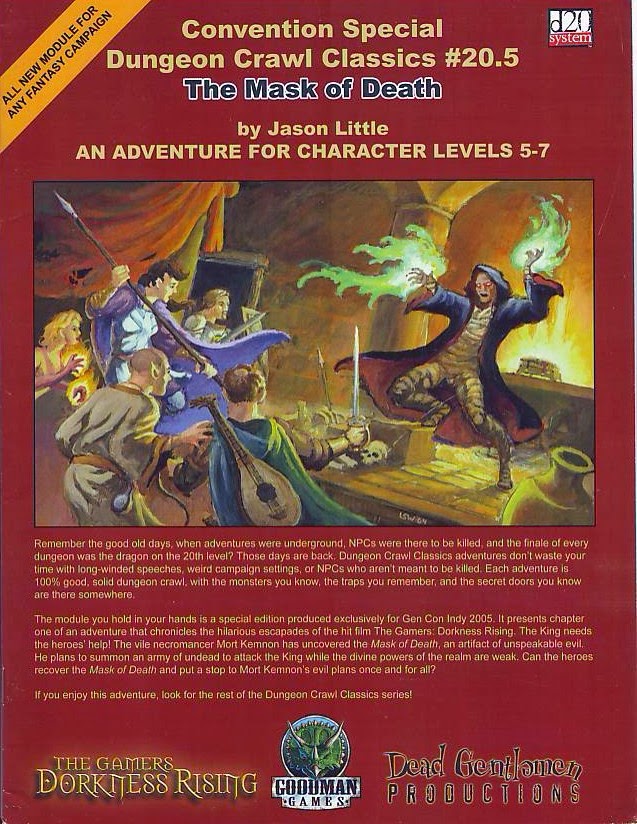 Remember the good old days, when adventures were underground, NPCs were there to be killed, and the finale of every dungeon was the dragon on the 20th level? Those days are back. Dungeon Crawl Classics don't waste your time with long-winded speeches, weird campaign settings, or NPCs who aren't meant to be killed. Each adventure is 100% good, solid dungeon crawl, with the monsters you know, the traps you fear, and the secret doors you know are there somewhere.

This module is a special limited edition produced exclusively for Gen Con Indy 2005. It presents chapter one of an adventure that chronicles the hilarious escapades of the hit film The Gamers: Dorkness Rising. The King needs the heroes' help! The vile necromancer Mort Kemnon has uncovered the Mask of Death, an artifact of unspeakable evil. He plans to summon an army of undead to attack the King while the divine powers of the realm are weak. Can the heroes recover the Mask of Death and put a stop to Mort Kemnon's evil plans once and for all?