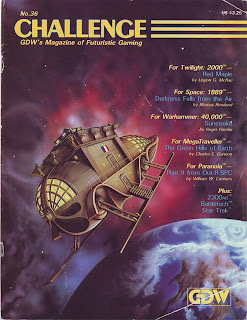 Last of the inventoried Challenge magazines. I picked up another five or ten a year or so ago. They have not been scanned and inventoried though.