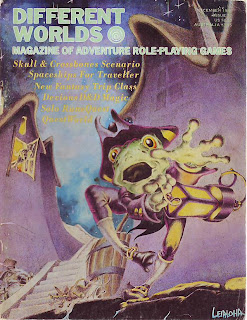 When this spell is cast the magic user creates a magical sphere  wherein any foodstuffs or liquids that enter it will be unusable.  This spell effect will be permanent though it can be removed via  a Remove Curse or more powerful spell.

The effect will be immediate and with no save for any edible  materials that enter the area of effect. The same will be true  for liquids that enter the sphere. The items will not become  toxic they will become foul tasting and inert. Anyone eating or  drinking items so affected will need to save versus poison to  avoid becoming sick to their stomachs if they do try to eat.  Anything they can keep down will serve no benefit as far as  keeping them alive.

Magical foods or liquids, including potions, that enter the sphere will have a 50% chance of being affected by the magic of  the sphere. Its that are affected will still be entitled to a  saving throw. Those that make their save will not be affected and  those that fail will become non-magical and suffer the same fate  as non-magical items.

Disclaimer: The spells that you will see, for how ever long the  write ups last, were all written up or conceived of back in the  80's so the terminology may not appropriate for anything other  than 1e and depending on how well I did back then it may be  slightly off for that as well. If there is any duplication of  spells that exist now it is most likely I wrote mine first :)  Please feel free to comment on them but try not to be too hard on  me. If anyone wishes to use these in anything they print please  let me know in advance and all I ask is proper credit.
Posted by Wymarc at 5:37 AM