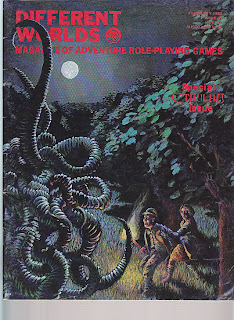 When this spell is cast the magic user will be able to turn a  normal non-magical window into a scrying device. The window will  be limited in that it will only be able to view locations on  another side of a window. Others able to see the window will be  able to see what the caster is seeing.

The caster will be able to specify a specific window if desired  and in that case they will lock into it. If they do not know the  location of a window to use but have a general idea the spell  will lock onto a random window in that area.

The caster can then view through that window. The can also make  it so that they are viewing it from the opposite side. If not  satisfied make it jump to the next closest window that has not  been used. They can continue this until they are satisfied with  the window they are viewing through.

The spell will last for as long as the caster maintains  concentration and is viewing through the window themselves. The  spell does have some drawbacks though. If the caster spends more  than two rounds viewing through a window there is a 10%  cumulative chance that the window will begin allow any others in  the area being viewed to see the caster as well. Even if the  chance is met then the DM will need to make a perception roll for  those in the other location to see if they notice.

Disclaimer: The spells that you will see, for how ever long the  write ups last, were all written up or conceived of back in the  80's so the terminology may not appropriate for anything other  than 1e and depending on how well I did back then it may be  slightly off for that as well. If there is any duplication of  spells that exist now it is most likely I wrote mine first :)  Please feel free to comment on them but try not to be too hard on  me. If anyone wishes to use these in anything they print please  let me know in advance and all I ask is proper credit.
Posted by Wymarc at 9:54 AM