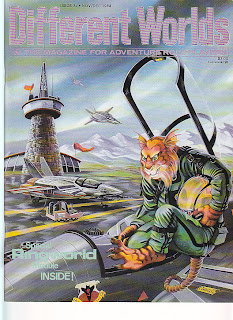 The Magazine for Adventure Role-Players

When this spell is cast the magic user causes a ball of negative  energy to travel forth from their hands and fill a space equal to  the area of effect at the point they specify. The energy will  cause damage to all in the area of effect. It will also then allow the caster to use the damage done as a shield. Those covered by the blood shield will have a visible red aura to them.

The spell will do 1d3 damage per level plus an amount equal to  the level of the caster to all in the area of effect. Those  affected by the spell are entitled to a saving throw and if made  they suffer only half damage from the draining effect. The DM  should note how much damage is done to each victim and note each  individually.

Once the damage is determined the caster then has two options.  They can use the damage done to create a blood shield on either  themselves individually or spread it amongst any number of  targets up to the number of victims that were affected. All the  damage done to any one victim must be assigned as a shield to  only one target (eg if 12 points of damage were done to one  victim that 12 points must be assigned as shield points to the  same target). These points will absorb damage done to the target  on a point by point basis until they are all used up.

Disclaimer: The spells that you will see, for how ever long the  write ups last, were all written up or conceived of back in the  80's so the terminology may not appropriate for anything other  than 1e and depending on how well I did back then it may be  slightly off for that as well. If there is any duplication of  spells that exist now it is most likely I wrote mine first :)  Please feel free to comment on them but try not to be too hard on  me. If anyone wishes to use these in anything they print please  let me know in advance and all I ask is proper credit.
Posted by Wymarc at 5:41 AM