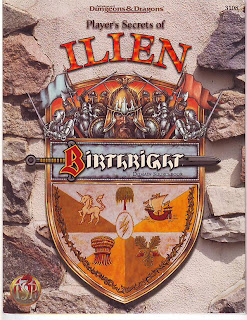 This BIRTHRIGHT domain sourcebook is designed for players who want to take the role of the wizard king, or play a guild leader, a lieutenant, or a servant to the king.
Posted by Wymarc at 6:15 AM