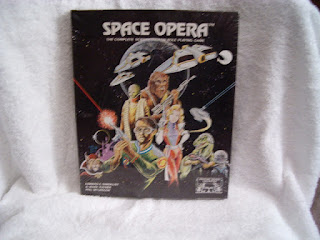 "Space Opera is a science-fiction role-playing game focused on space opera themed adventures. Although generic, it has an official universe first described in Space Marines."