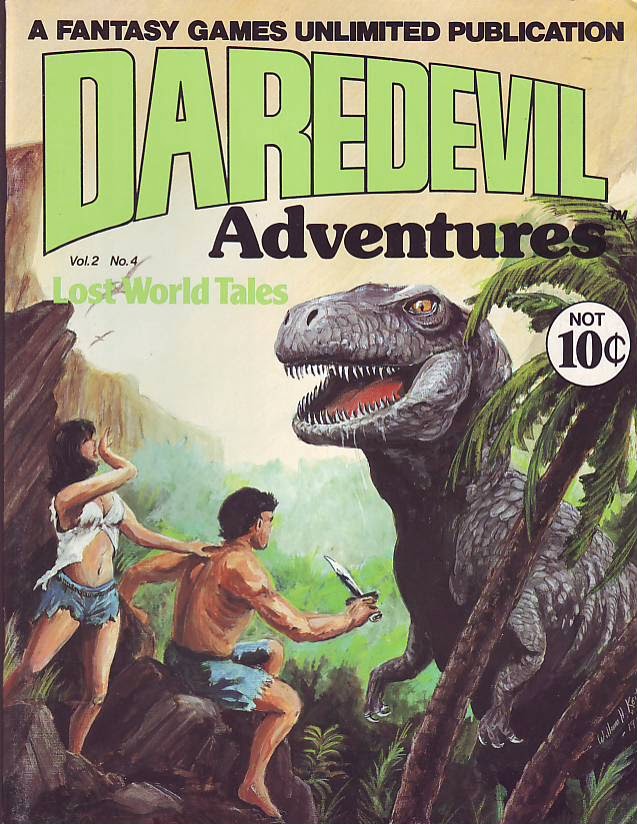 ON THE TRAIL OF LEGEND
An expedition explores the unmapped regions of Peru in quest of the legendary Inca stronghold of Cusichu. Can the Abercrombie expedition reach Cusichu before the rival Jourdan expedition and will they really be able to find any remnants of the Inca stronghold with only legends and fuzzy aerial surveys as a guide?

THE REFUGE OF EL ESPECTRO
Having found Cusichu, will the Abercrombie expedition find any evidence that the lost city is indeed the Inca stronghold used by El Espectro in his war against the Spanish conquistadores? What was the fate of the Inca warriors and their leader? Do the old Spanish documents only relate the ravings of a madman? What other secrets can be unearthed as the ruins are explored and legends become truth?

MUNDO DE LOS DRAGONES
The exploration of the lost city leads to the secret escape route known to the Incas. What will be found in the lost valley beyond Cusichu? Can the ravings of the Spanish survivors of their expedition against Cusichu have been based on fact? The exploration of the Lost Valley will reveal the truth behind the Spanish reports, though it may still appear to be madness!
Posted by Wymarc at 9:49 AM