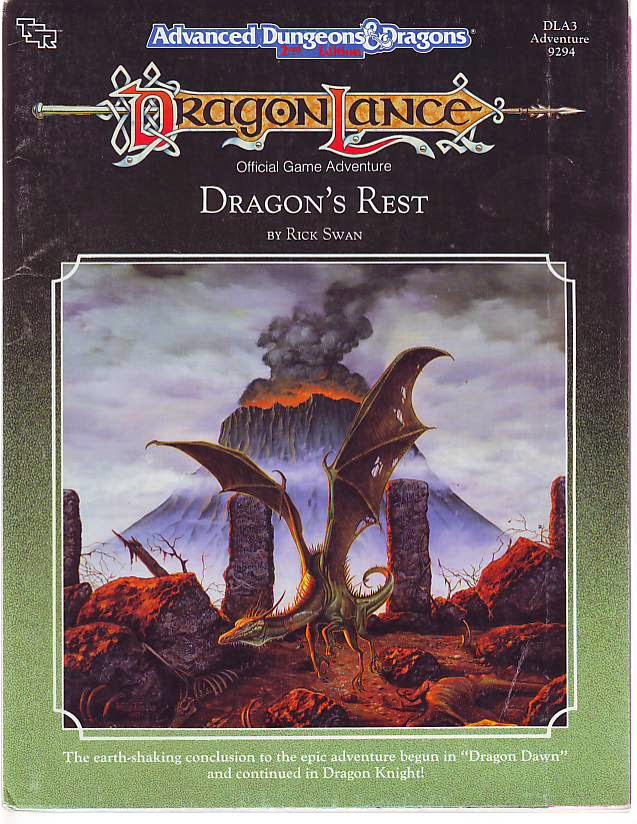 Your heroes find themselves on a demi-planar island in the Ethereal void, where a mysterious god enlists their help in his scheme to stop Erestem (Takhisis). The heroes must journey through space and time to recover the powerful cindergems and forge a weapon to destroy Erestem. If your heroes fail, Erestem's evil minions will invade Taladas and destroy the Othlorx (Uninvolved) dragons, which is just the start of her plans for Taladas!

Your PCs must venture into eras and places hitherto unknown to them. The cindergems are strewn throughout the multiverse; ancient dragon burial grounds, magical ice palaces, crypts of restless dead, and much more await the heroes. And just who is that mysterious god who asks so much of them?

This AD&D game adventure, set in the vast world of the DRAGONLANCE saga, is the conclusion to an epic adventure that began with Dragon Dawn and continued with Dragon Knight. On the previously unknown continent of Taladas, the heroes must strive to thwart the extraplanar invasion plans of Erestem, Queen of Evil, also known as Takhisis. Failure means doom for all of Krynn!

You need the Time of the Dragon boxed set in order to play this adventure. You need not have played either of the previous modules in this series; alternate beginnings are provided for players who have not done so.
Posted by Wymarc at 3:12 AM